In order to know what the right time is to visit Hyderabad, you have to read through this article. Scroll further and find out more about the environment and weather in Hyderabad
Hyderabad: Hyderabad Travel Tips: Weather In Hyderabad 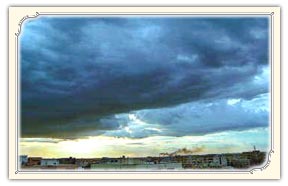 The weather of Hyderabad is capricious and varies from one season to another. It generally varies from a mean temperature of 40oC to a mean minimum temperature of 30oC. The rainy season begins in July and continues whimsically through December. After this season, due to the increased insulation of the city, the upper limit of the temperature slightly rises. During winter, the temperature lies between 22oC to 14oC. If you wish to visit the place, then the apt time would be from November to February as the weather is mild and pleasant during this season. You should avoid visiting Hyderabad during the summer season because of the extreme heat and aridness. You wouldn't want to break into occasional sweats while touring Hyderabad. Hence, it is best if you visit the city during cooler climates. The summer season is from July to September and during this time, the humidity levels are also very high. Scroll further for a clearer picture of the weather conditions in Hyderabad.

Summer
In Hyderabad, summers start from March and extend up till the end of May or even the middle of June. During this time, the average minimum temperature is 25oC which may rise up to 40oC during this season. In order to avoid dehydration, drink ample water during this time. When the sun is at its peak, make it a point to stay indoors.

Winter
Unlike the Northern India, the winter season here is not all that chilly. It begins from November and extends up to February and is quite pleasant weather. During this season, the night time is usually pleasant with slightly chilly winds. The average minimum temperature during this season is 13oC which may rise up to 28oC.

Monsoon
The monsoon season in Hyderabad is from June to October. This is the season when the city receives plenty of rainfall along with high levels of humidity. In July, the number of rainy days is more than any other month, while September is the month with the heavy showers.

If you are travelling to Hyderabad during the summer season, you have to carry light cotton clothes and some warm clothes during winter. Hope this article provided you all the details and essential information about the weather in Hyderabad.