Hyderabad, also known as 'City of Pearls', is the capital state of Andhra Pradesh. There are many places to see in Hyderabad. Read on to know more about the tourist attractions in Hyderabad.
Hyderabad: Tourist Attractions 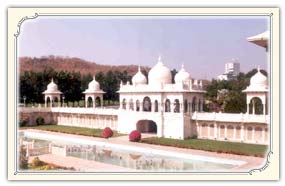 Like many other cities in India, Hyderabad too, has its own share of tourist spots. This 400 year old city has many tourist attractions that are frequented by tourists and locals. One can explore the many beautiful gardens, museums, lakes, monuments and heritage buildings found in this city. Hyderabad has a rich history and one can see the remnants of the former epochs still visible in the many tourist spots in Hyderabad. The monuments here are mostly majestic palaces, exquisitely structured mosques, ancient temples and tombs of royalty, who once ruled this great metropolis. Over the years, Hyderabad has turned into a modern city and the tourist places here have become more beautiful and inviting. The tourist attractions here will surely make you fall in love with the city if this is your first time. So, go ahead and explore Hyderabad's many tourist attractions with your friends and family and relish everything that this ancient city has to offer.

Hyderabad houses some of the most popular tourist spots in India. The Charminar, built in 1591, by Muhammad Quli Qutb Shah, is one of the most celebrated monuments situated in Hyderabad. The Mecca Masjid is known to be made from the bricks brought all the way from the holy city of Mecca. A lake which was built in 1562, the Hussain Sagar Lake, is the most beautiful lake of Hyderabad. Explore art and history in the Salar Jung Museum, which houses excellent works of European paintings, rare collections of artworks, Egyptian Mummies and much more. The Falaknuma Palace is one of the most popular tourist spots in Hyderabad. This palace is built from Italian marble and is designed in the most exquisite manner. The Balaji Temple, located in Chilkur, is the prime religious spot for many devotees. Hyderabad is a great city in India that has many interesting tourist attractions. Come and discover these prime tourist spots for yourself!

Charminar in Hyderabad
Charminar, in Hyderabad, which attracts a large number of tourists every year, was constructed in 1591 by Mohammed Quli Qutub Shah to mark an end to the plague in the city. This grand structure, which is known as the "The Arc de Triomphe of the East", derived its name from the four minarets.

Golconda Fort Hyderabad
The Golconda Fort is one of the most delightful monuments and is located 11 kms west of the city. The grand structure which was constructed by the Kakatiya rulers of Warangal in the early twentieth century was originally just a mud fort. It was later converted into a grand structure with ramparts and granite walls by the Qutub Shahi kings.

Paigah Tombs Hyderabad
Some of the most influential families of the Hyderabad aristocracy were the families of the Paigah. The Paigah nobles were believed to be richer than the Indian Maharajah and earned the rights to solely manage their courts, palaces and armies that would often go up to thousands of soldiers. The English equivalent for the word Paigah actually

Raymond Tomb Hyderabad
The 'City of Pearls' is also one of the few places in India, which boasts of its glorious past. There are several monuments, tombs, palaces and other historical edifices that add to the charm of the city. Every year, hundreds of tourists visit Hyderabad, exploring the beautiful and precious historical structures, which were once built by the Nizams or other influential figures.

Salar Jung Museum Hyderabad
Salar Jung Museum is one of the three National Museums of India. This museum is the also the third largest museum in India and it houses a collection of ancient manuscripts, ceramics, metallic artifacts, carpets, sculptures, textiles, paintings and clocks. Most of the articles treasured in this museum, belong to different civilizations. Daggers belonging to Empress Noor Jahan, Emperor Jehangir and