Hyderabad, one of the most flourishing and motley cities of India, boasts a long and checkered history. Read on to learn the ancient, medieval & modern history of Hyderabad.
Hyderabad: Information on Hyderabad City: History Of Hyderabad 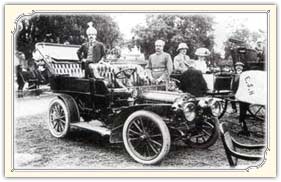 Hyderabad, with its antiquated temples, churches, masjids and monuments is known for its rich and colorful historical background. For centuries, the city and the surrounding region have witnessed the amalgamation of a vast multitude of cultures and races, all of which have left an indelible impression upon this historic city. After the Indian independence, though it remained a separate state for few years, it was later included in the union territory and was made the capital of Andhra Pradesh. Ranging from the Mauryan Empire under King Ashoka, to the British rule in India, the city of Hyderabad has been the epicenter of India's long and turbulent history. Even today, in the era of technological advancement and westernization, Hyderabad has somehow managed to preserve in its bosom, the essence of its rich historical background and inherited cultural diversity. If you wish to learn all about the history of this noble city then here is a detailed account of the magnanimous city of Hyderabad.


After India gained independence in 1947, the Nizams’ wanted an independent territory as either a sovereign state or under the British dominion. But Hyderabad was strategically important for the newly formed Indian Union and thus, the Indian Army marched into Hyderabad State from five fronts on September 16, 1948 and Hyderabad was forced to surrender and was annexed to the Indian Territory. From 1948 to 1956, Hyderabad remained a separate state within the Indian union. But later, when the Indian states were formed on the basis of language. Hyderabad, owing to its Telegu majority, was made the capital city of the state of Andhra Pradesh.

All the historical facts about Hyderabad ranging from ancient to post independence India has been mentioned in the lines above. The article will help you come across all the historical details about the city.